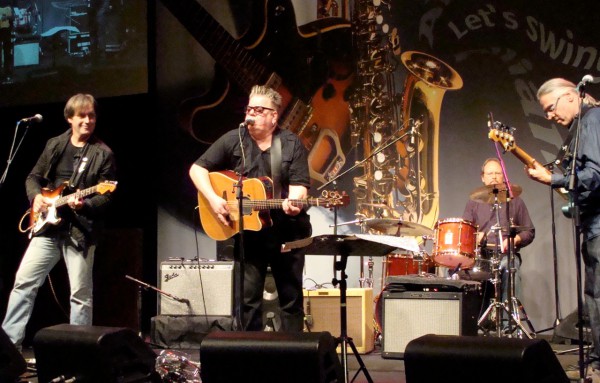 soul from the heart

“soul from the heart”

Whilst Eddy Wilkinson was living in Sydney, Australia in the late Eighties, he formed the 8 piece Soul band, “Eddy’s Got A Brand New Bag.” The band played that great Soul/Funk/R & B music all around the Sydney area.

Since arriving in Germany in 1990, he has been playing with great success with his Blues/Rock band “Fast Eddy’s Blue Band” winning fans all over central Europe.

Due to many requests for Eddy to sing more of the Soul Classics, Eddy has formed his new Soul project “Eddy Wilkinson’s Soul Travellers.”

The Soul Travellers music weaves elements of Soul/Funk/Blues and Rock, and consists of songs from Otis Redding, James Brown, Joe Cocker, Ray Charles, Wilson Pickett and Marvin Gaye, plus his own compositions. Eddy’s voice gives an expressive individual interpretation of this great music.

“Eddy Wilkinson’s Soul Travellers” performance is a guarenteed, quality show for your party, gala, street fest, convention, hotel or special event. We will make your event a highlight.

The band consists of Internationally experienced musicians who have the true talent and conviction towards this great music. They envelop and augment Eddy’s powerful, dynamic voice.